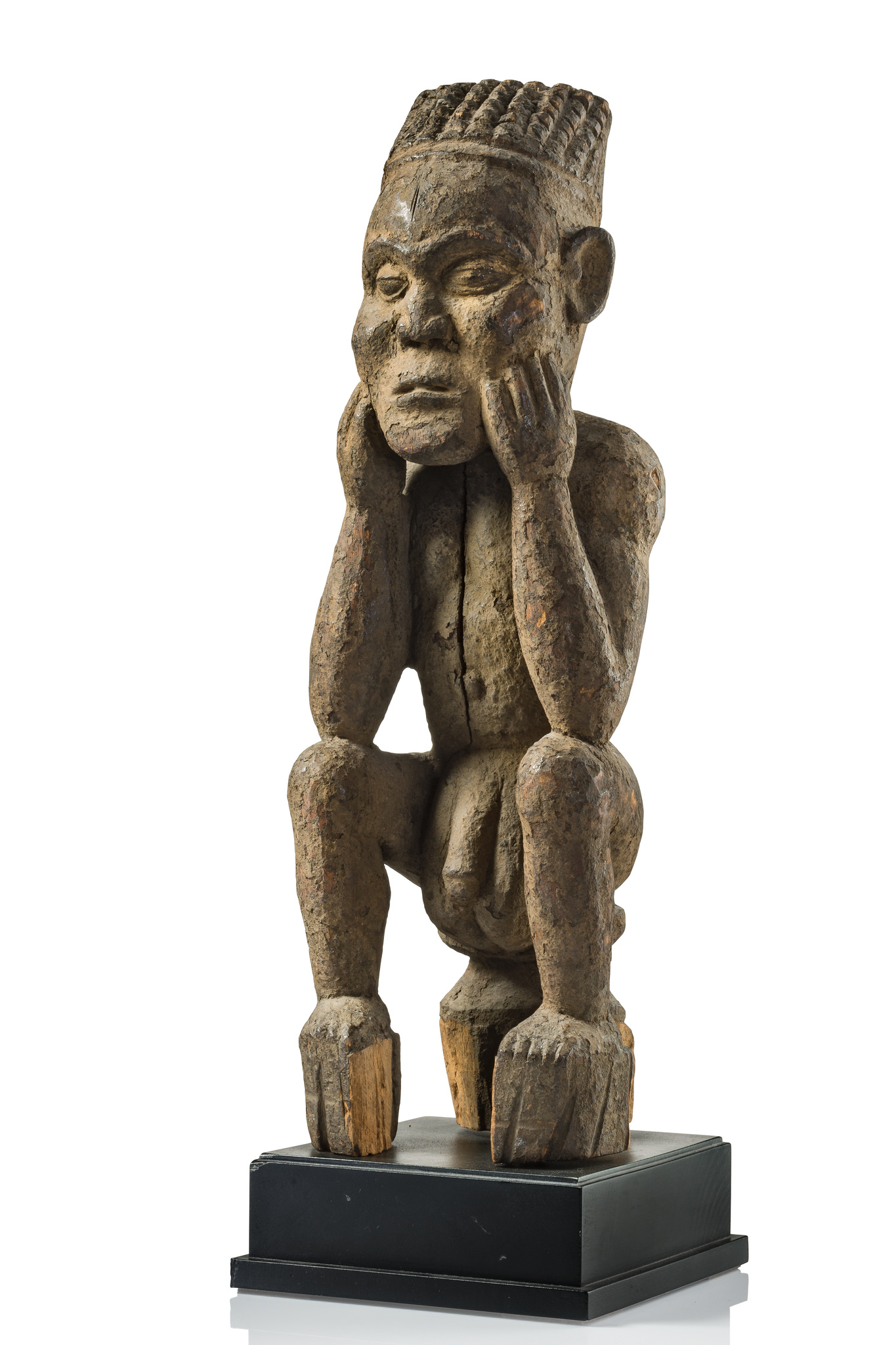 The present figure particularly captivates with its beautifully modeled,
almost naturalistic-looking facial features, which show a rather
sorrowful, thoughtful expression. The arms are strikingly muscular, and
the male sex is particularly prominent.

The knobbed cap / hairstyle indicates the depiction of a dignitary. Other status symbols (necklaces, bracelets, tobacco pipe etc.) are missing. The figure sitting on a small stool was probably worked on a ring-shaped base.

In the grassland area, large-figure male and female statues (over 80 cm in height) usually represent members of the royal family or particularly deserving dignitaries. These commemorative figures bear the same name as an important secret society of the Bangwa, "lefem". Their use varies from kingdom to kingdom, but almost everywhere they are displayed in front of the palace for the public to see during important events at court.

In addition, there are figural ritual staffs that were intended to protect the entrance to the sacred grove where the "lefem" society held its initiation ceremonies.