varied beige surface of low-fired clay with evidence of grass matrix, 2-pcs. (lid), cowrie shells, wasp nest on the right side, rest., inventory no. "104", base

We know almost nothing about Senufo figural terracottas. In old field reports they are mentioned in connection with the sacred groves "sinzanga". In 1908, Delafosse mentions "rough clay representations of human figures ....which decorate several sacred groves", while Vendeix, describing the groves as they had been shortly after 1900 says, "They were furnished with satues of effigies in red clay reprensenting all the totems of the family: buffalo, panthers, crocodiles, snakes, antelopes...".

In the sacred groves "sinzanga" the last and most important stage of initiation into the "Iô" society took place, which is the most important socio-religious institution of the Senufo. Here, the male initiates learned the mythical and religious traditions, the secret knowledge of the society and were accepted into the "Iô" as now adult full members. The most impressive Senufo sculptures, whether made of wood or clay, are related to the rites of the "Iô" society. 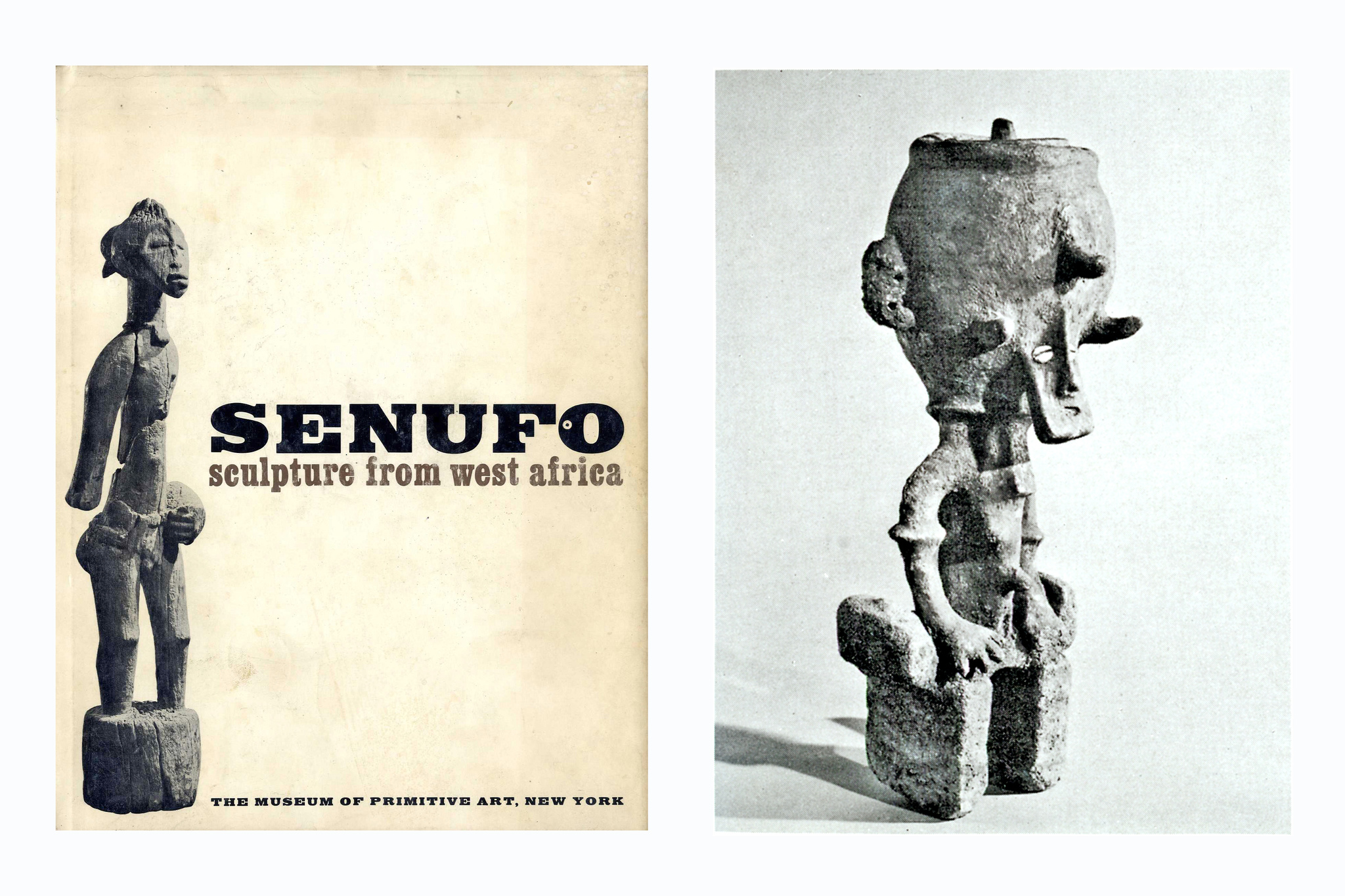