wood, kaolin, glass beads, base Figures of the Guro are not meant as portraits, neither do they depict an individual, nor a deceased or an invisible partner from the other world, as is the case with Baule "blolo" figures. They have nothing to do with the veneration of ancestors. Rather, the figures are purchased on the advice of a diviner. They are called "mi iri nä" - "small wooden person". According to Fischer, they belong to the cult objects called "zu" or "zuzu", which were placed at shrines bearing the same name. "Zuzu" are invisible spirit beings who are able to protect the house and its inhabitants from evil forces and impending dangers. The small wooden figures are mediators between the "zuzu" and the humans. In return, small pots of freshly cooked food have to be provided regularly to keep them well-disposed. 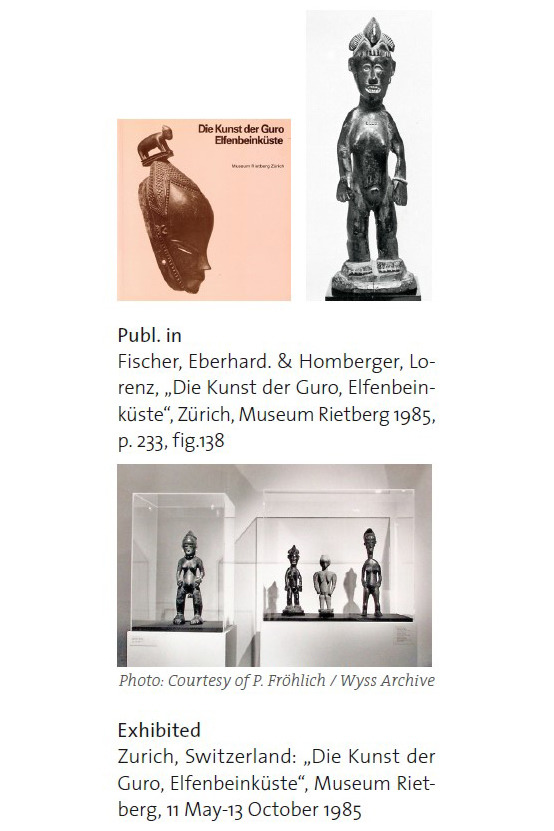