The finials are carved as male figures, half human - half crocodile. By their long curved noses they represent mythological spirit figures. Large, low relief panels are carved on both sides of the resonance chamber.

Such large slit drums were used both to make sacred music and as means of long-distance communication.

The history of this drum is fully documented. It was made in the village of Kaian on the Lower Ramu. Here it was acquired by a man called "Kaimun", who took it to his village on the island of Kadovar at the mouth of the Sepik River. There it was placed in the men's house and used ritually until it was acquired by Peter Hallinan in 1959. 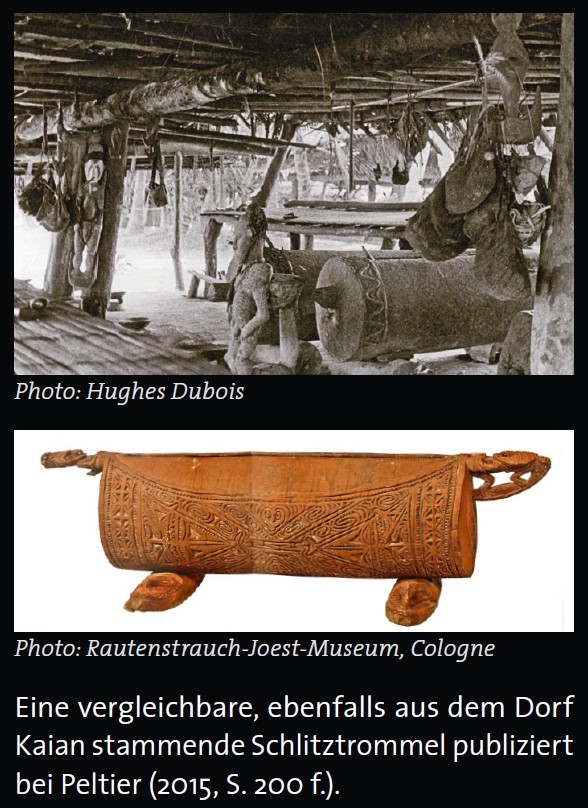