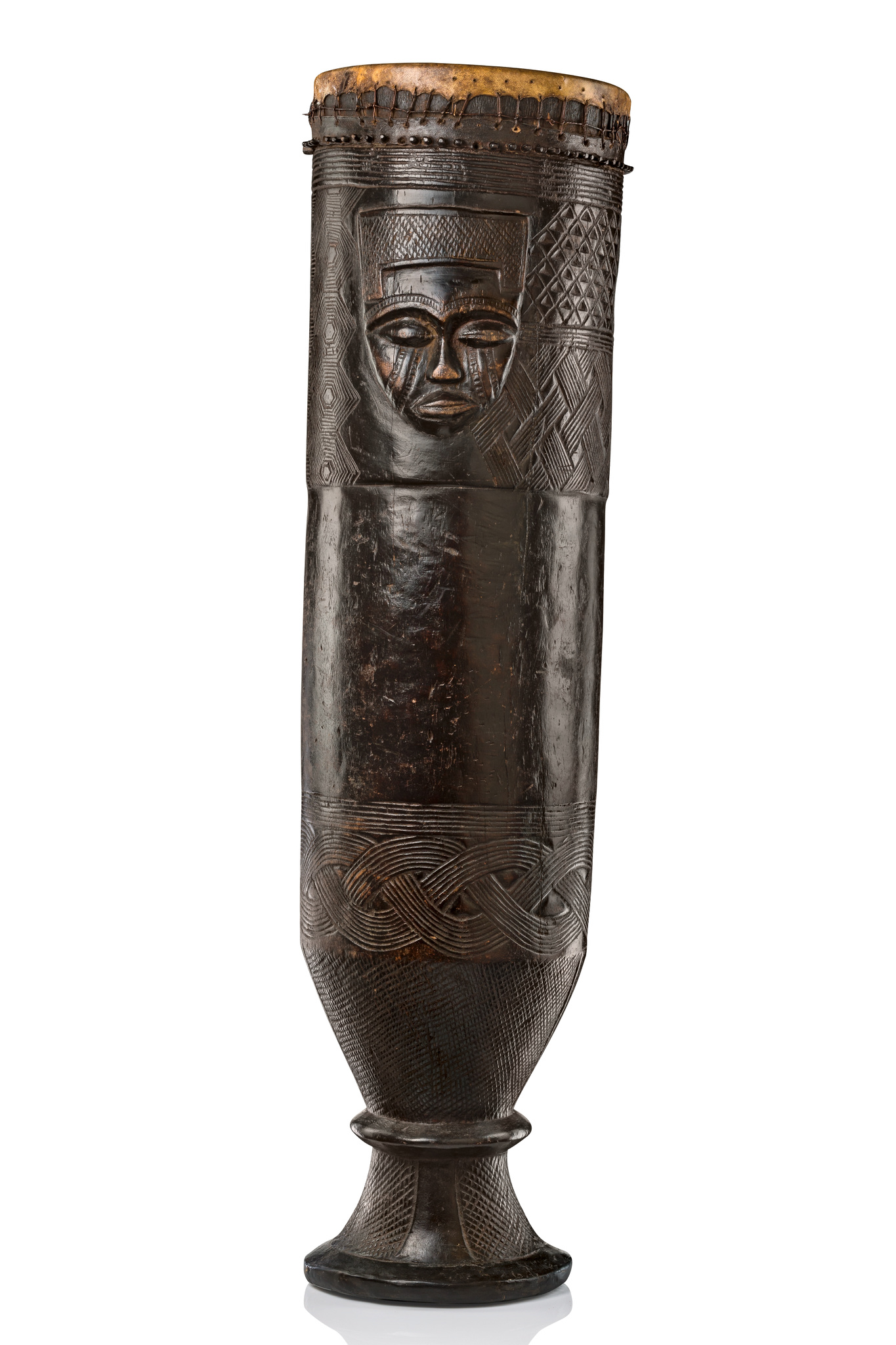 Beautiful example, decorated with the masked face of a notable and finely worked geometric decoration.

Schädler remarked on this object: "Title and status at the court of the Kuba king were marked by a series of prestigious objects. Thus, on taking office, each king designed his own emblem, which contained certain geometric motifs and then appeared on all objects, cups, drums, as well as on the raffia fabrics of the court.

This drum also shows a particular basket-weave or interlace pattern, which could presumably be assigned to a particular ruler.