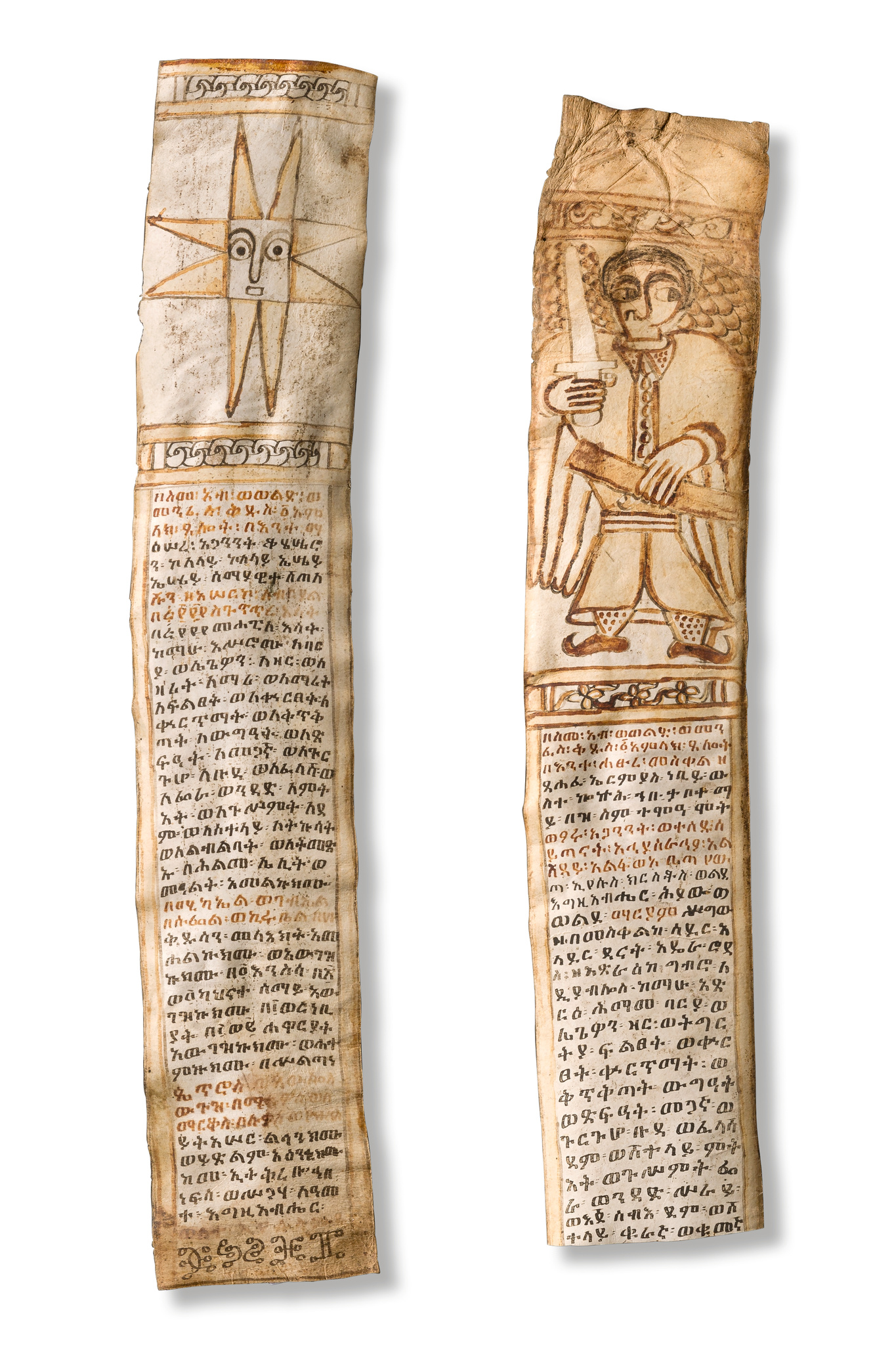 Magic scrolls were written by the "dabtaras" (members of the lower clergy). They consisted of narrow strips of thin parchment (often goatskin), often sewn together from several pieces. Rolled up, the magic scrolls were carried in a small leather container on the neck, or wrapped directly around an ailing part of the body.

The "Dabtaras" freely composed individual sections from an existing collection of incantations, prayers, spells and legends as needed and decorated the writing with protective symbols. As a rule, the magic scrolls begin with an image of Saint Michael, who is considered the victor over the devil and who is supposed to grant special protection to the wearer of the amulet.

Magic scrolls could be worn against every conceivable illness, against the evil eye, against curses, etc.