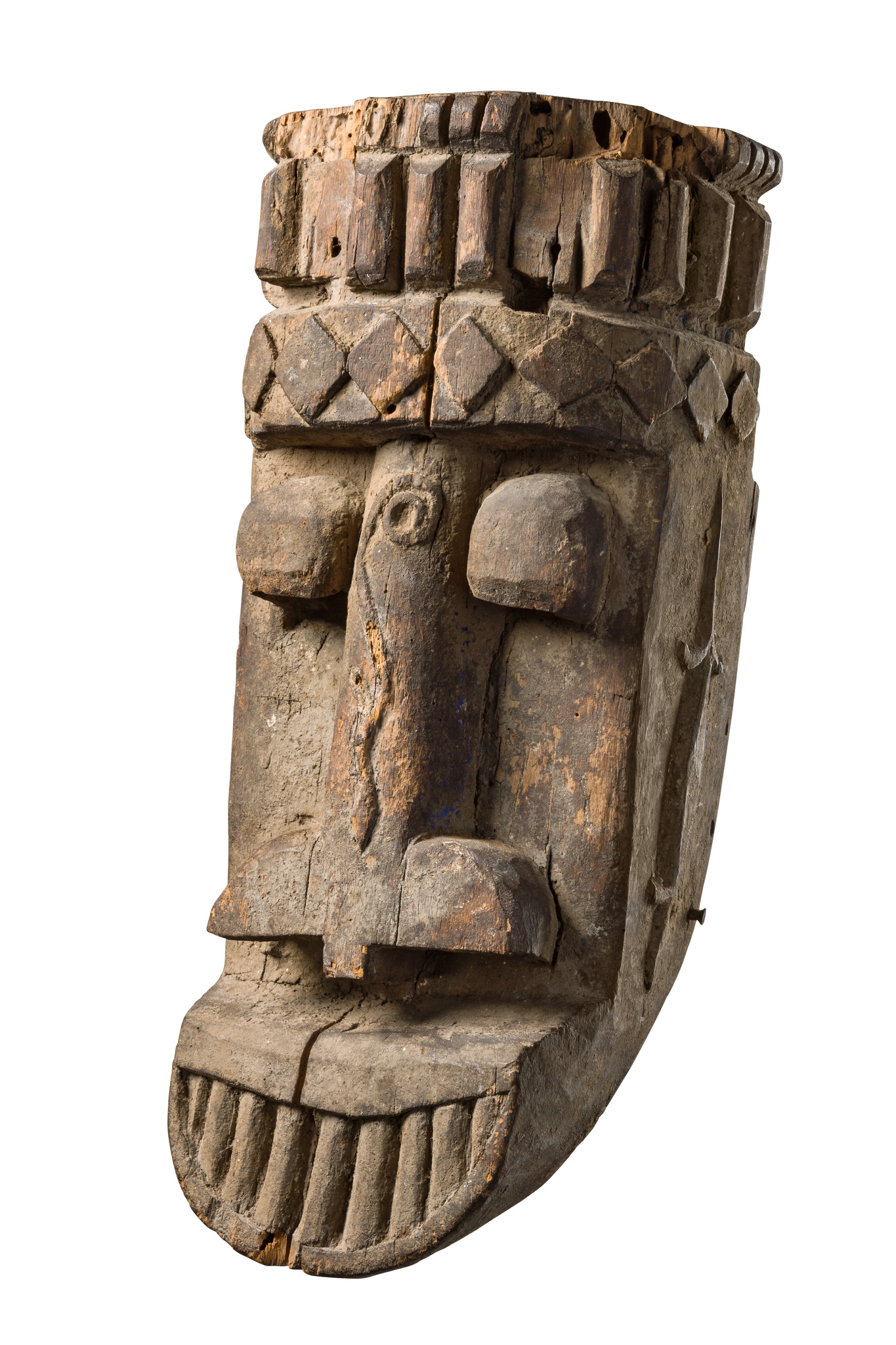 Old and rare type of a water spirit mask depicting a stylized hippopotamus "otobo". The nose is decorated with a snake in relief, the sides of the face are carved with crocodile and turtle other creatures from the water. A formally and stylistically very similar mask was auctioned on 8 June 2009 as lot 75 at Millon & Cornette de St Cyr in Paris.

The Ijaw live in the Niger Delta, mainly from fishing. Their life is strongly influenced by water, resulting in their belief in water spirits "owuamapu".

Water spirit masks take a variety of material forms. In addition to the hippo "otobo", the python, crocodile, swordfish, shark and smaller fish, as well as human forms, can also represent water spirits.

Eastern or Kalabari Ijaw masking is controlled by mens societies "Ekine" and "Sekiapu", whereas Central and Western Ijaw masks are owned by individuals, families and shrines.

All Ijaw masking, it is safe to say, averts disease and protects against evil spirits and misfortune, promotes prosperity and helps bring children. Masks accompany the dead to the afterworld and purify the community. 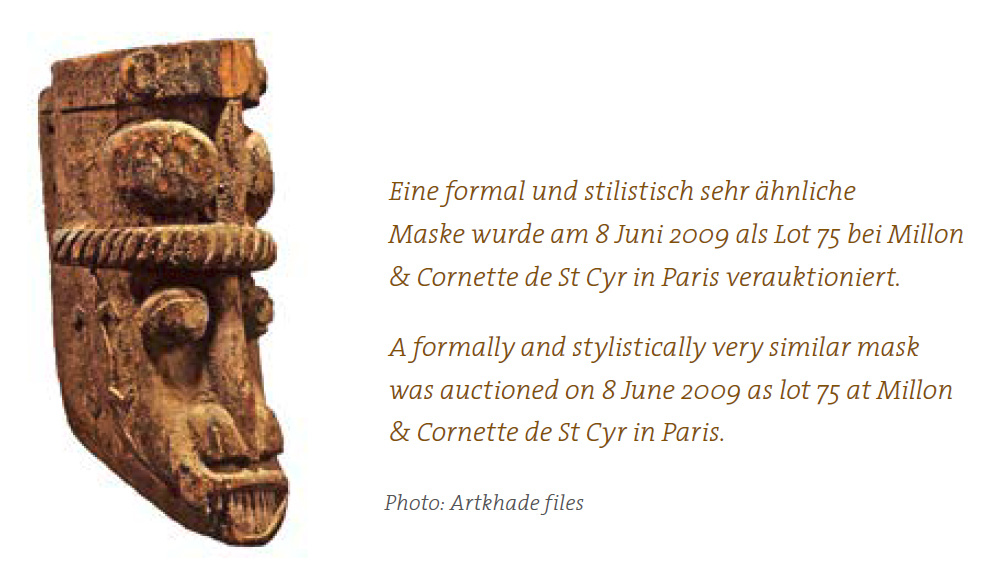