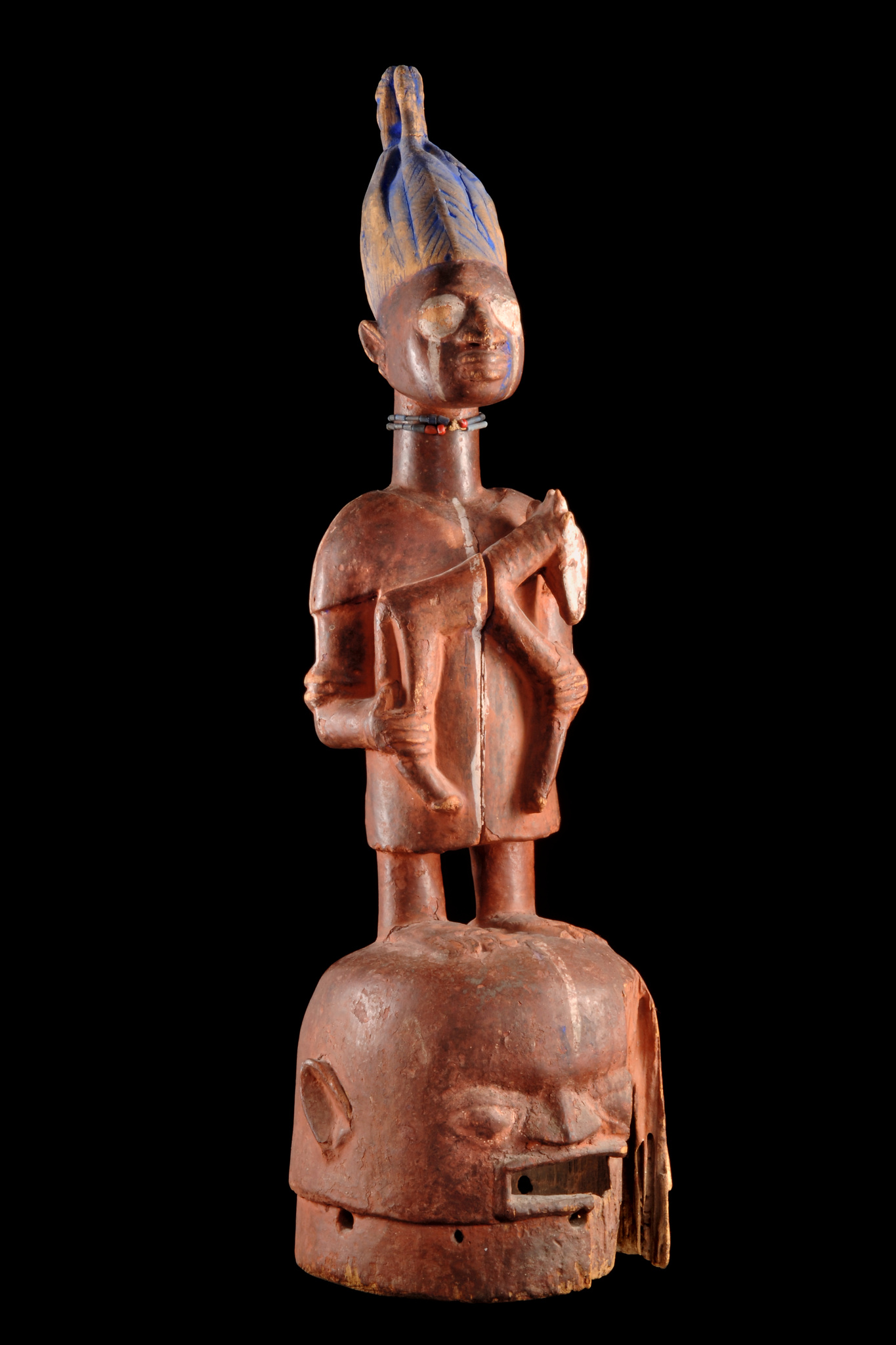 This mask is the work of the master carver Areogun of Osi-Ilorin. According to a previous owner, it was brought to Germany in 1967 by Baron Alfons von Verwilgen.

Among the Ekiti and Igbomina people of north-eastern Yorubaland, masked festivals lasting several days are still held at annual or biennial intervals, known as "epa" in the northern area and "elofon" in the southern region.

"Epa" masqueraders perform slow, steady and controlled movements due to the huge and heavy masks they carry on their heads during performances. The masqueraders dance around the village and must jump on a raised mound to demonstrate their ability to maintain balance. It is believed to be a bad omen for the town (sometimes leading to misfortune) if the mask should fall off the performer’s head during the jump. When not in use, the masks are kept in shrines where villagers can pray to and provide offerings to ancestors.

The mask motifs and the sequence of masked dancers during the performance are almost identical throughout the "epa" / "elofon" area.
The beginning of the festival is marked by the appearance of "oloko", the "owner of the farm", whose superstructure carries a leopard that tears an antelope. He is followed by "jagun-jagun", the warrior, who is also depicted as a mounted hunter and/or king, and "olosanyin", the healer. The festivities end with the appearance of a mask showing a female figure, usually a mother with children ("olomoyeye").

The motifs on the masks as well as the performances of the dancers and the accompanying songs are intended to keep alive the memory of historical personalities and events and to bring to mind the cultural values and achievements of the society, ultimately stabilising the community and ensuring its well-being.

The masks belong to the various kinship associations ("idile") resident in a village. They are made by specialised carvers on their behalf, while the painting is done by the owners and regularly renewed before celebrations.

The base of the masks ("ikoko") is usually a double-faced helmet with stereotypical features and geometric shapes, and the artists are bound by precise specifications in their design. On the other hand there are no artistic limits in the scenic presentations of the superstructure, which are worked in a more realistic style.