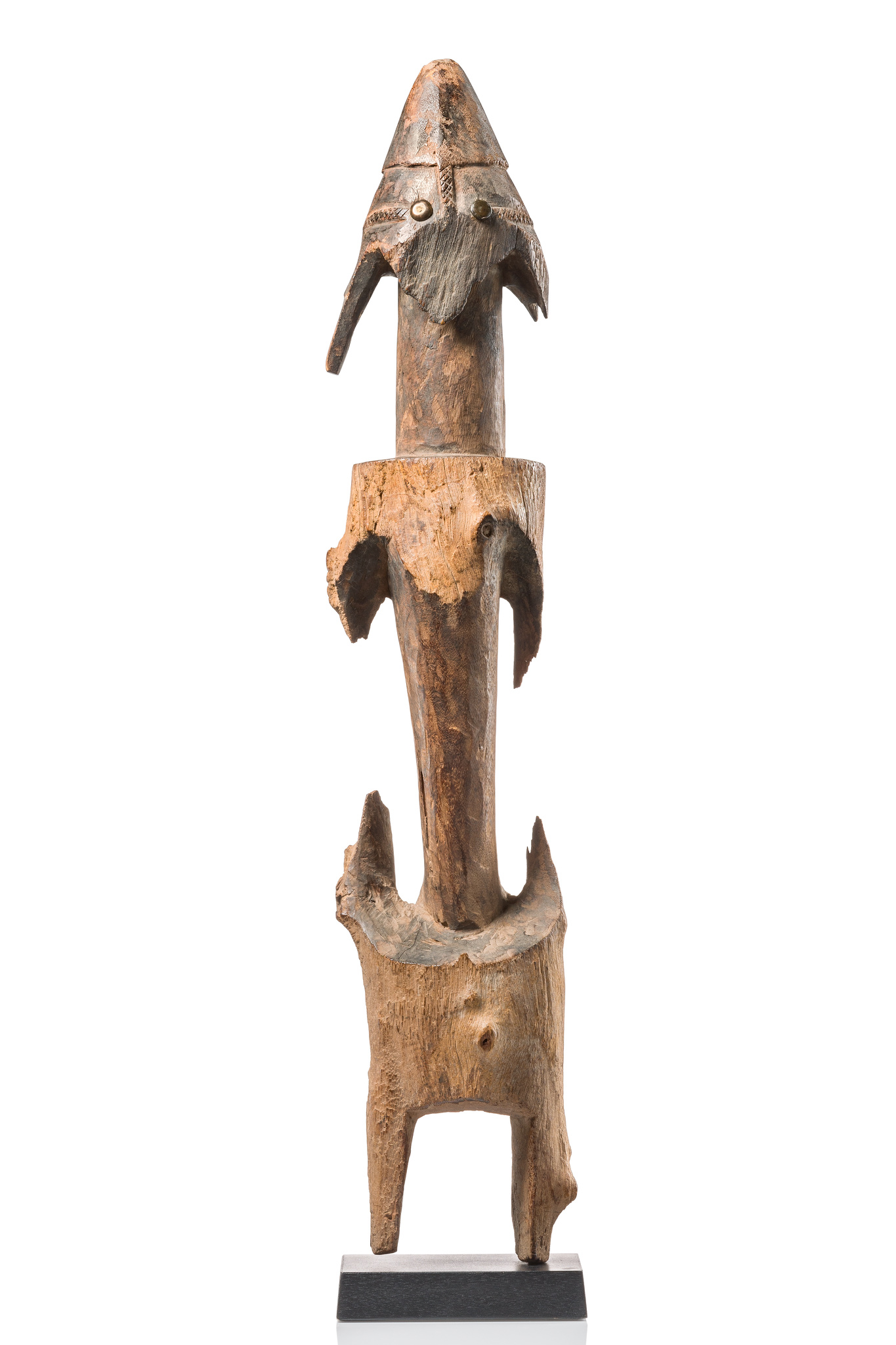 wood, metal, base This figure could be identified on a photograph by Arnold Rubin, which was taken on January 9, 1966. The photograph shows a group of five figures of the Akala, which were obtained from a rock cave near Gwana. It is extraordinary that the figures are known by name. According to local information, this female character is "Kai", who along with "Ayezi", accompanies a larger male figure called "Wipong". "Kai" and "Ayezi" are considered to be "Wipong's" wives. Jukun figures represent deceased chiefs, their wives and attendants because the chiefs are responsible for the rain, the fertility of the land and the security of the people. They therefore appear at rain or harvest ceremonies, as well as in cases of impending crisis. Like the Egyptian gods, they need to receive daily rituals when they are being fed and spoken to. The vicinity and influence of the Mumuye is stilistically obvious. 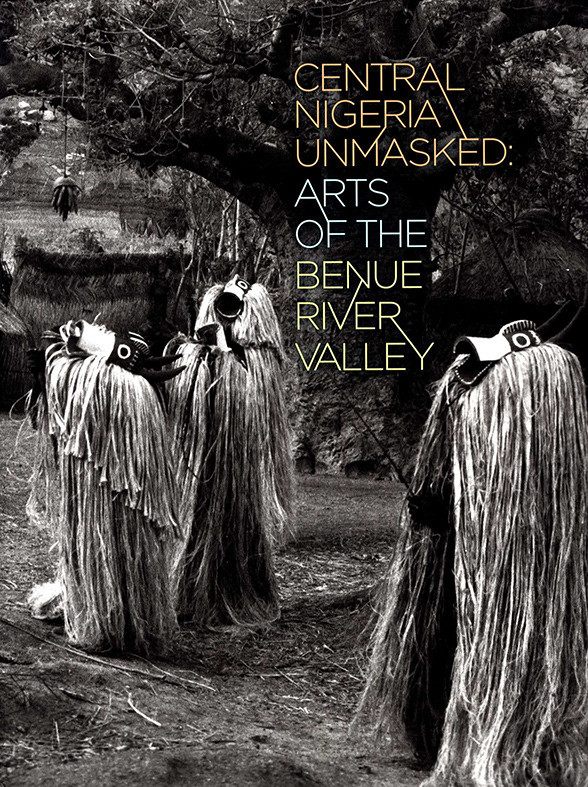