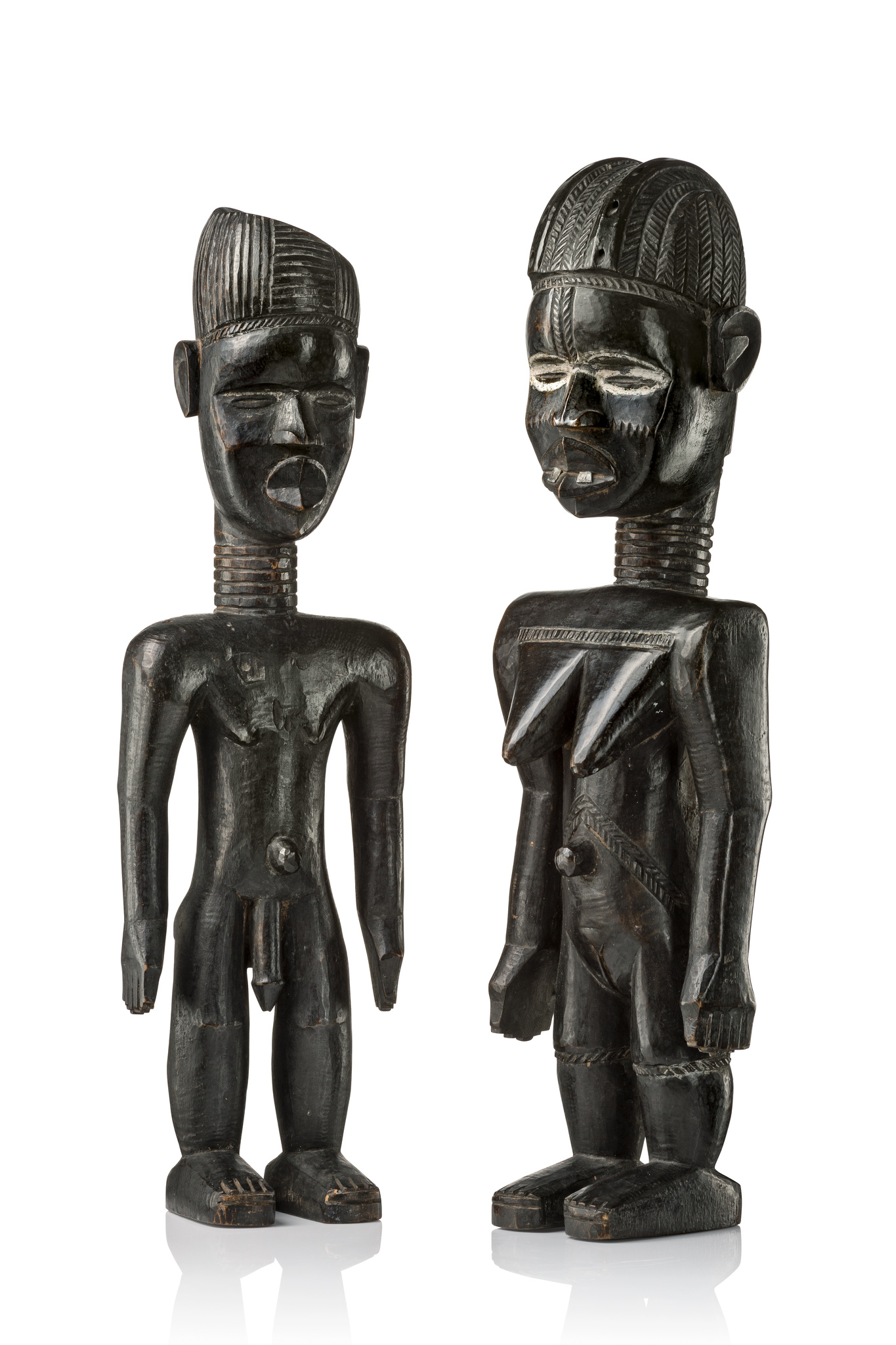 wood, kaolin, metal, Wooden figures of the Dan are called "lü mä", "wooden person". Despite their traditionally stylized representation, they portray certain, mostly still living persons whose names they bear. The figures (mostly women or male/ female pairs) are commissioned by rich men and are considered prestige goods and status symbols. Son was probably born between 1910 and 1920 in Nuopie and died there on November 22, 1985. Like his father, he was the blacksmith of the village. He came to carving very late, already beyond the age of fifty, through a visit of the master sculptor Sra (ca. 1885-1955). In the mid-1940s, already very old, Master Sra was called to Nuopie to make a large "bie" mask for the village. After Son helped him acquire tools and wood, Sra ordered that Son himself should carve the mask under his guidance. So the simple village craftsman became an artist who achieved great prestige locally and whose works soon found their way into Western collections. According to Fischer, Son's quite extensive oeuvre was likely to have been created in the period from 1945/50 to the late 1970s. In connection with the present pair of figures, a figure in the Museum der Kulturen in Basel should be mentioned, which was collected in situ by Hans Himmelheber in 1960 (AHDRC 0125529). Furthermore, a pair of figures from the Edward J. Biggane Collection in Philadelphia, which was collected in situ by Torkel Holsoe before 1960 (Johnson, 1987, Figs. 24 & 25). All figures show the greatest similarities in body and face formation, scarification patterns and hairstyles. Special characteristics of Sons art are the distinctive, almost disc-shaped mouth and the preference for herringbone patterns on the hairstyle. In the present female figure, there are holes in the coiffure through which strands of human hair were originally woven, as can still be seen in the female figure from the Biggane Collection.