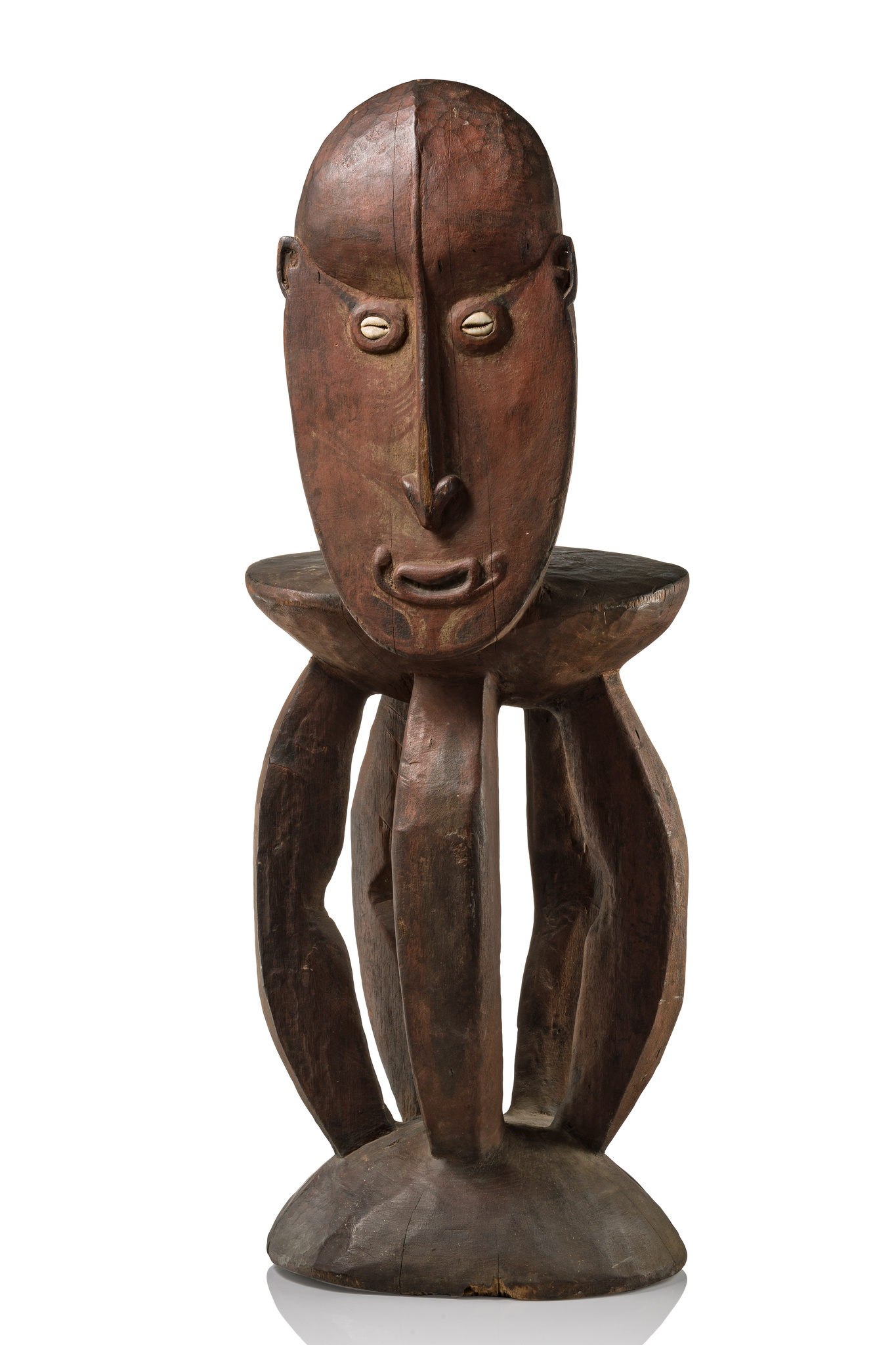 wood, pigments, cowry shells, small remains of ornamental painting, cracks In the Iatmul language, these orator's stools are called "kawa teget" - "leaf seat", a term that accurately reflects their use. This is because the speaker holds a bunch of ritual Cordyline leaves in his hand, with which he strikes the pulpit at every important point of his speech to reinforce his statement. Every man's house has such an orators pulpit, around which the members of the clans take a circular seat and the speakers take turns. It is amongst the most important and prestigious treasures of the Iatmul. The mask face embodies the clan ancestor "wagen", who should help in the debates to reach a good decision. This usually involves land ownership or questions of descent. On special occasions, such as the consecration of a war dugout, they were sometimes carried outside so that the ancestor could accompany the event as a witness. This speaker's chair was collected in situ by Grace Emily Munro (1879–1964), a remarkable woman who fought for women's rights in Australia at an early stage and and who from 1911 travelled almost the whole world. She visited Papua New Guinea several times and stayed in the Fly River region and the Trobriand Islands, among other places. In 1928 she accompanied the administrator, Brigadier General E. A. Wisdom, on his annual tour of the ports of the Mandated Territory of New Guinea, and 400 miles up the Sepik River.