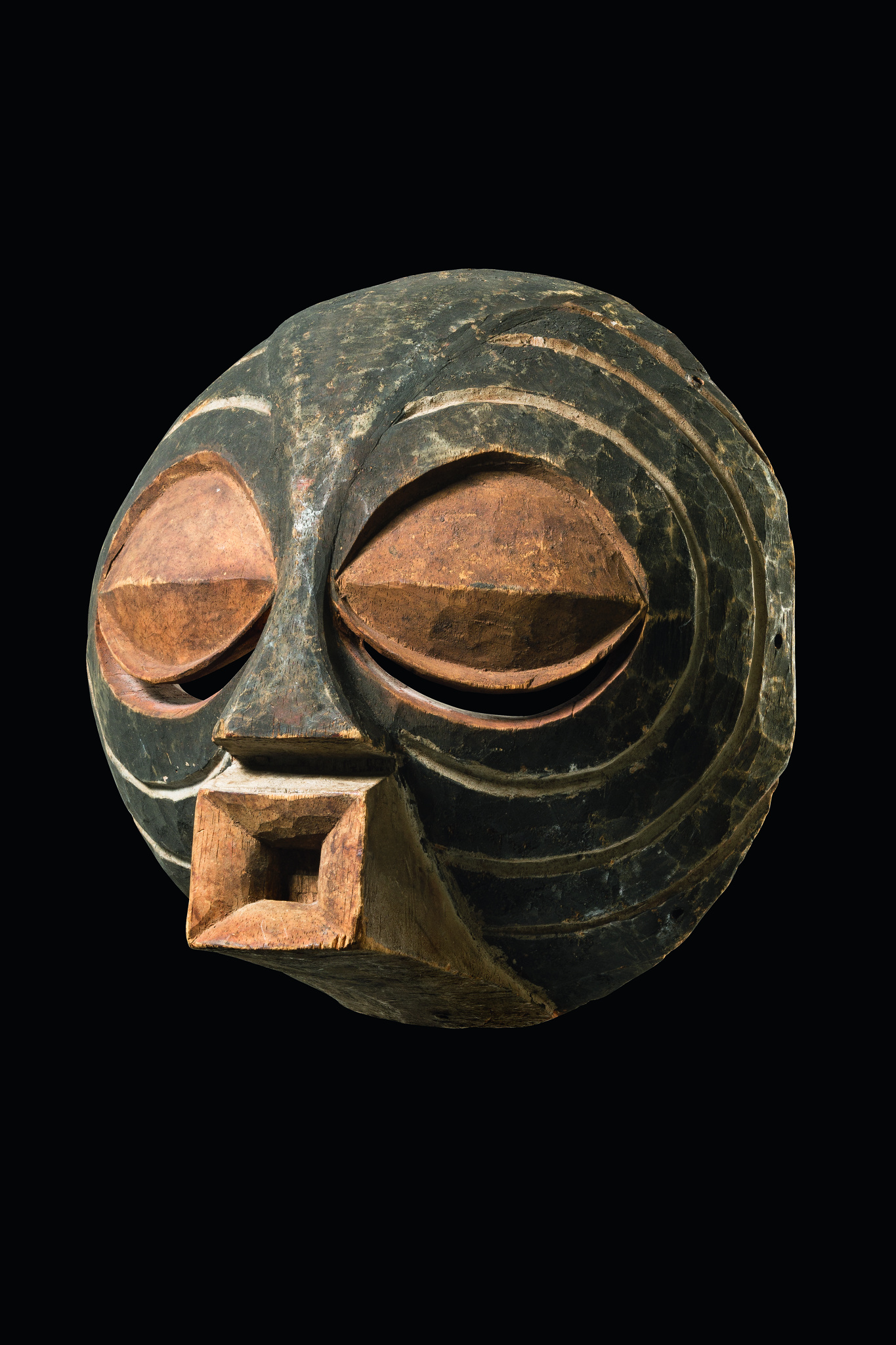 wood, matt patina, polychrome paint, hollowed round form, large eyes with sickle-shaped see slits, square-shaped protruding mouth, rep. (breakage at the bottom), slight traces of abrasion, fine cracks;
such masks were danced at the death of a chief or other eminent person, or when a person assumed an important political title. The etymology of "kifwebe" is "to chase away, or put to flight, death". Such a sense would be appropriate to a further context for their use: in the rituals of the "kazanzi" society, through which sorcery is confronted and eliminated from the community. Complex costumes of animal skins and raffia were worn, and the masks were danced in couples, one representing the male spirit, the other a female. One surmises that the masks were performed to mark moments of important social transition and transformation.