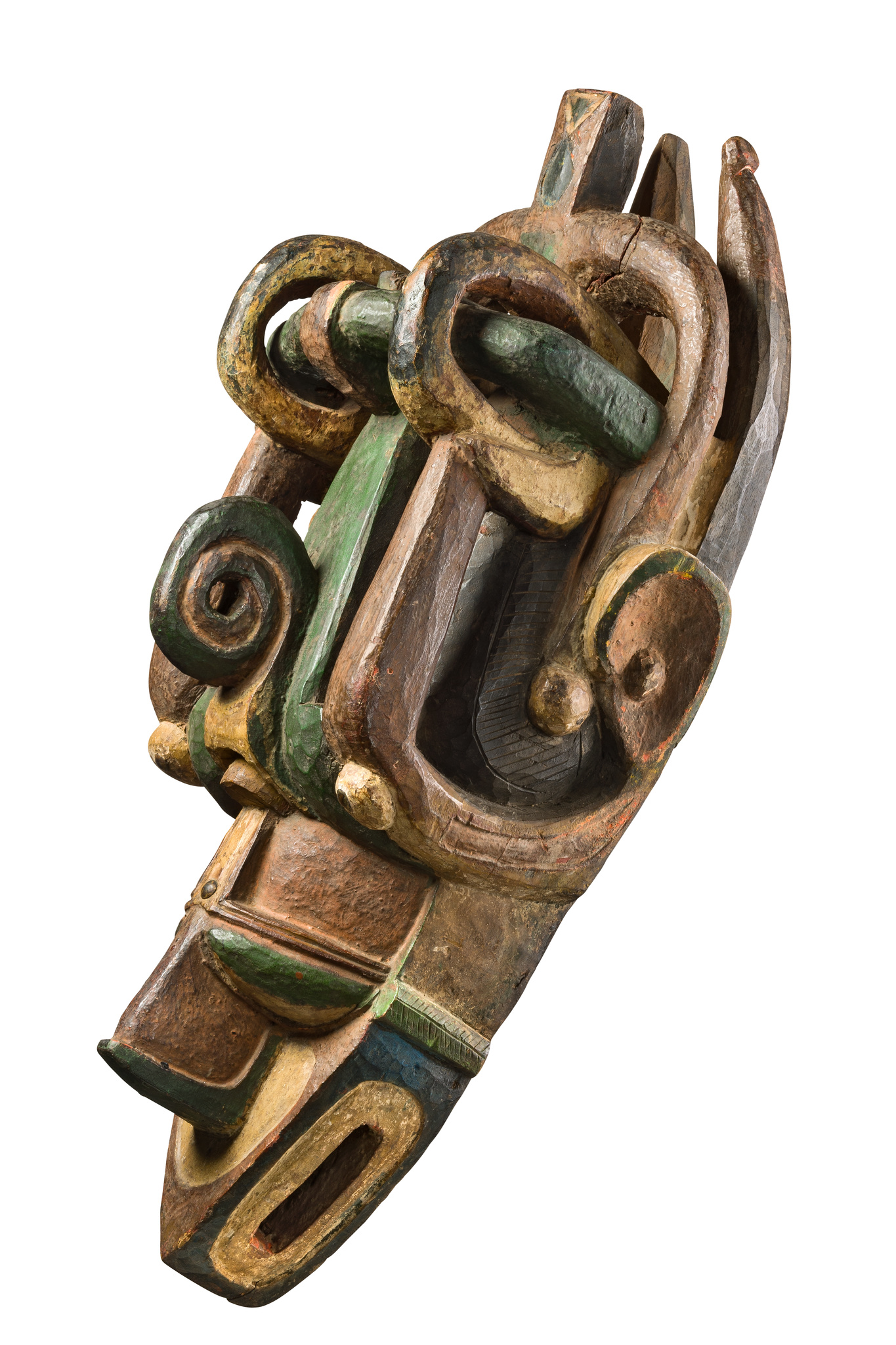 wood, brass tags, polychrome painted, some breakages, rep., base The character represented in this mask, "banda" (also called "kumbaruba" by some Baga groups), is a complex composite of human and animal forms (crocodile, antelope, chameleon, serpent). Historical documentation suggests that it originally carried an extremely sacred significance. It seems that "banda" represented a high and powerful spiritual being that would appear only to privileged society elders. "Banda" should keep away in the first line all evil. It has been used in almost every aspect of the Baga's life, including the initiation of young men, fortune-telling rituals, weddings, planting and harvesting.