wood, oily patina, metal, glass beads, nut, fibres, rest., base Sculptures of standing women are used in the context of numerous initiation societies governing the life of the Mende, usually the Sande, but also the Njayei, Humoi and Yassi. They have a protective role and therapeutic function, and are usually intended for curing diseases resulting from the transgression of interdictions. 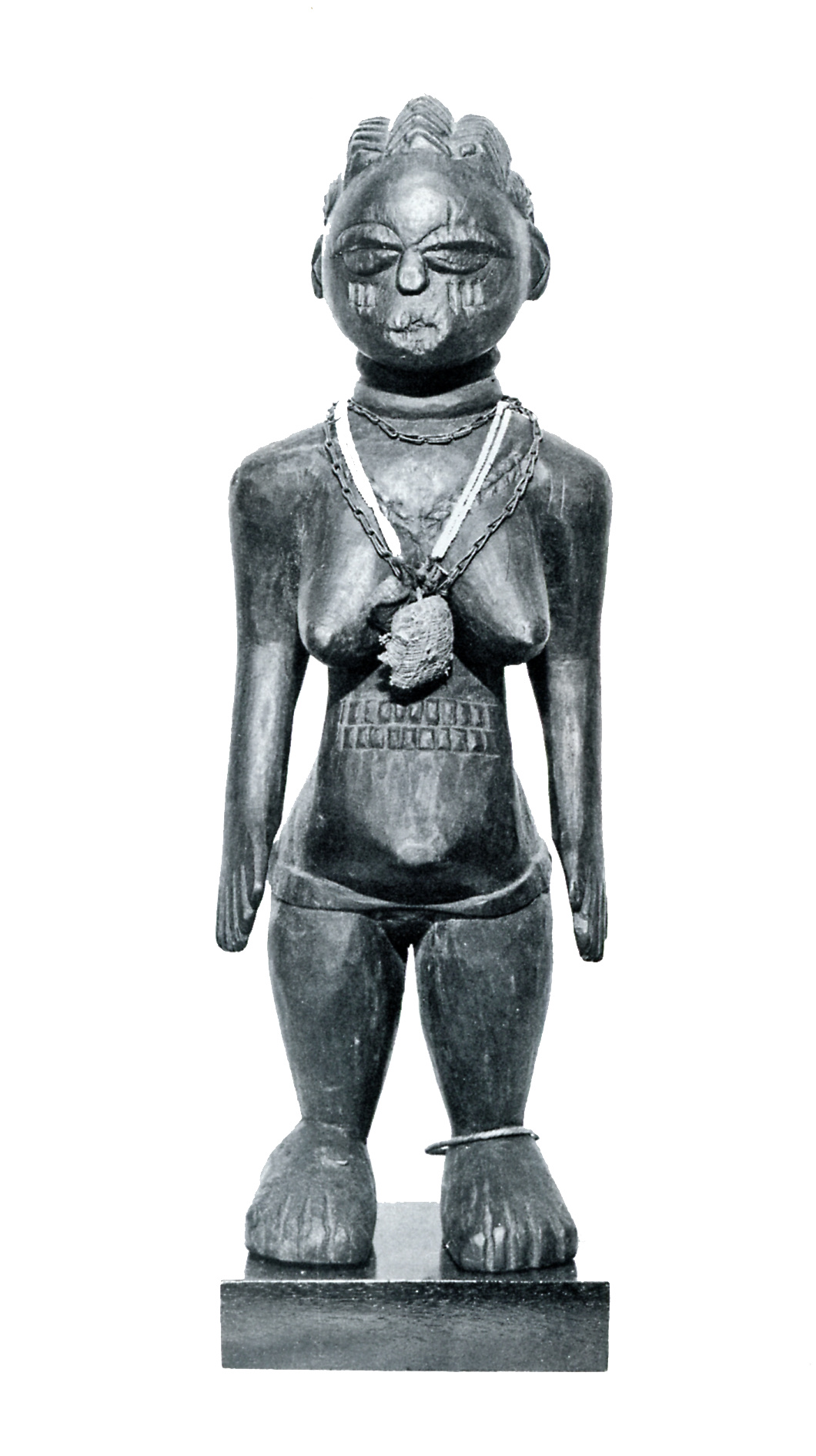