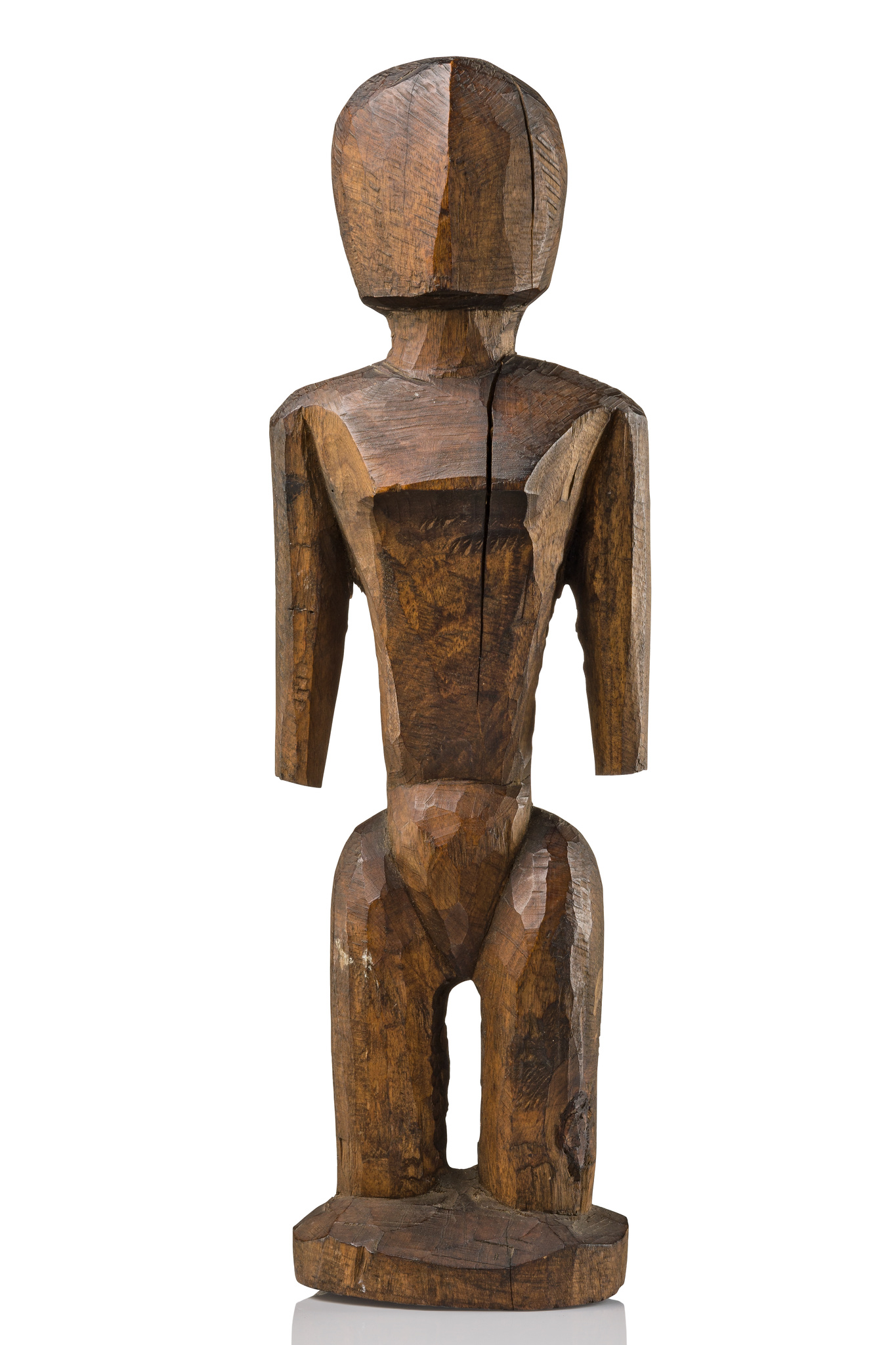 In 1874, the missionary Edward T. Doane made the first mention of carved wooden figures. Johann Stanislaus Kubary, who visited the island in 1873 and in 1877 while working for the Godeffroy trading company and its museum, and Carl Jeschke, a ship’s captain who first visited the atoll in 1904 and then regularly between 1910 and 1913, give the most detailed information on the Nukuoron figures.

The first Europeans to collect the Nukuoro sculptures found them coarse and clumsy. It is not known whether the breadfruit tree (Artocarpus altilis) images were carved with local adzes equipped with Tridacna shell blades or with western metal blade tools.The surfaces were smoothed with pumice which was abundantly available on the beach. All the sculptures, ranging in size from 30 cm to 217 cm, have similar proportions: an ovoid head tapering slightly at the chin and a columnar neck. The eyes and nose are either discretely shown as slits or not at all. The shoulders slope downwards and the chest is indicated by a simple line. Some female figures have rudimentary breasts. Some of the sculptures, be they male, female or of indeterminate sex, have a sketchy indication of hands and feet. The buttocks are always flattened and set on a flexed pair of legs.

Local deities in Nukuoro resided in animals or were represented in stones, pieces of wood or wooden figurines "tino aitu". Each of the figurines bore the name of a specific male or female deity which was associated with a particular extended family group, a priest and a specific temple. They were placed in temples and decorated with loom-woven bands, fine mats, feathers, paint or headdresses.

The "tino aitu" occupied a central place in an important religious ceremony that took place towards the month of Mataariki, when the Pleiades are visible in the west at dusk. The rituals marked the beginning of the harvesting of breadfruit, two kinds of taro, arrowroot, banana, sugar cane and coconuts. During the festivities—which could last several weeks—the harvested fruits and food offerings were brought to the wooden sculptures, male and female dances were performed and women were tattooed. Any weathered and rotten statues were also replaced during the ceremony. For the period of these rituals, the sculptures were considered the resting place of a god or a deified ancestor’s spirit.

Iconogrpahic similiarities we find among two other examples. The figure in the British Museum [No.OC1944, 02.946] in London and the example from the Rautenstrauch-Joest Museum in Cologne [No.34028] share icongraphic details with our example.

While a late 19th / early 20th century carving of one of the most recognized forms in Oceanic art, the present work exhibits the classic minimalist tradition of this Polynesian outlier in Micronesia, and indicates that the carving tradition was still in existence at the time. 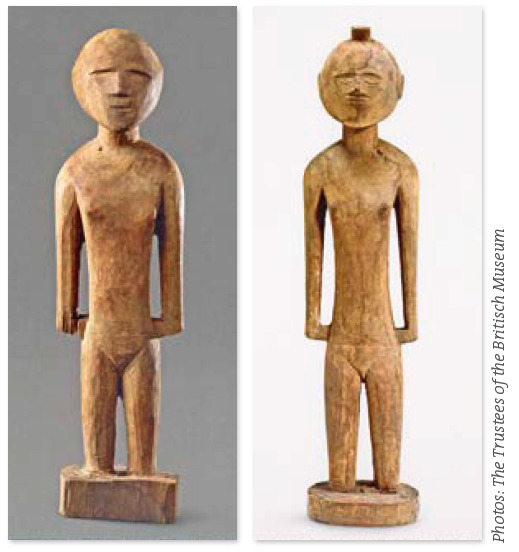