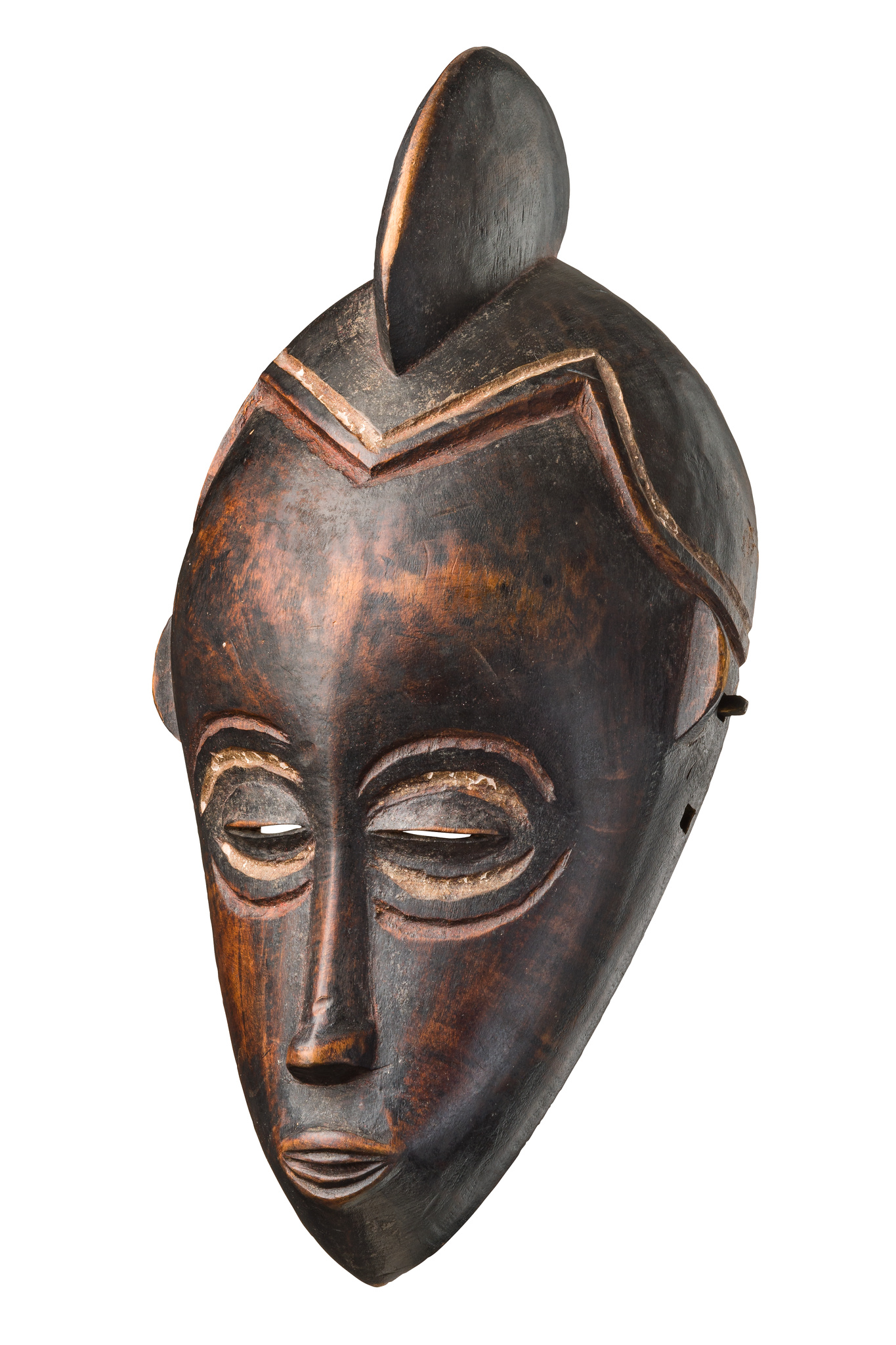 The "Master of Gohitafla" is ascribed a group of stylistically comparable masks. They are all carved from the same heavy wood, stained black and polished to a shiny finish.

Eberhard Fischer confirmed in October 2018 that this mask is the work of the Master of Gohitafla. Eberhard Fischer inspected the work in person while he was visiting in 2018 the auction house in Würzburg.

A special Japanese-style transport box has been made for the mask, which is part of the offer. This was customary in Paris in the 1930s for valuable works that were shipped to America. In the collection of the Penn Museum some of these exclusive transport boxes still exist today. On the underside of this box there is a label with import number for the USA "436146" (and US customs stamp).

The region of Gohitafla was famous for its "zamble" and "gu" mask performances.

Together with the animal-faced "zamble" and his brother "zauli", "gu" forms a group of sacred masks. "Gu" is considered to be "zamble's" wife and is always depicted as a beautiful young woman.

The masks are owned by respected families and are passed down from generation to generation. As well as being worn at funeral-like ceremonies, they are also donned in celebration, to resolve disputes and unmask wizards. 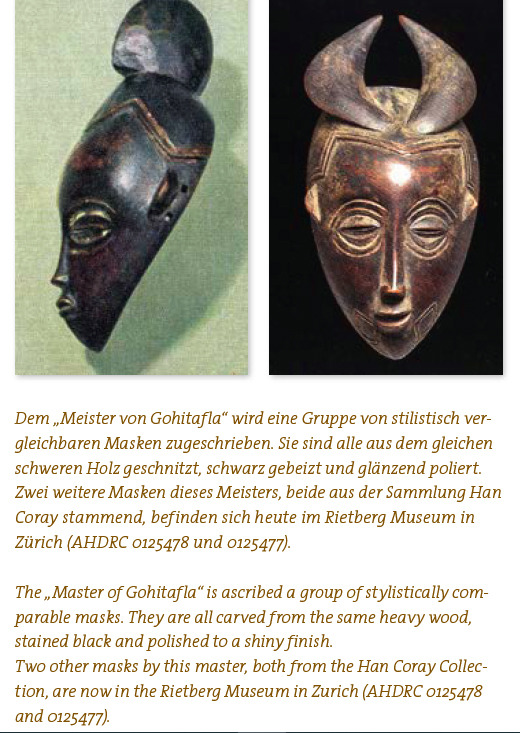