From the estate of Gerda Bassenge

What Renaissance art is for Florence, the royal bronzes are for Benin. They are considered milestones in art history; masterfully worked; sublime, beautiful, and of legendary artistry.

Gerda Bassenge (1915-1995), Berlin gallery owner and close associate of Gerd Rosen, who was one of the first tribal art gallerists in post-war Germany, acquired this work, which has remained family-owned till today, in 1966.

The upcoming auction offers altogether 15 works of her estate.

A head of the same type is pictured in the standard work from 1919 (Vol. III, board 62 right) by Felix von Luschan about the antiquities of Benin. As proven in 2012 by Schlothauer, the head originally comes from the Benin collection of the Museum of Ethnology in Berlin and was acquired in 1898 (by Consul Schmidt).

Another head of this type is shown in Duchateau (p. 52, cat. 27) and is from the G. Haas collection in 1899. The commemorative head being offered here is, due to the less realistic, more schematic representation of the facial features and the slightly thicker cast also attributed to this later style of commemorative heads. 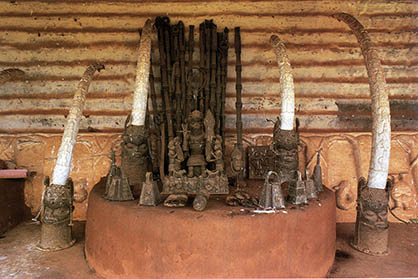 Bassenge - the name has a long tradition in Berlin as well as internationally. Above all elderly people and the collector generation after 1945 are likely to remember the beginnings of the auction house and the Gallery of Gerda Bassenge and another name that is inextricably linked with it, Gerd Rosen (1903-1961) and his antique bookstore and gallery on the Kurfürstendamm.
As one of the first gallerists in post-war Germany he sold works of african art in 1947.

Gerda Bassenge joined his company in 1953 and becomes his closest employee. When Rosen died at the age of only 58 in 1961, she and her colleagues continue to run the company until the end of 1962, and shortly thereafter, on January 7, 1963, she opens her own gallery, also on the Kurfürstendamm. She consistently continues to focus on valuable books and printmaking, and also in non-European art she remains attached to the tradition of Rosen. 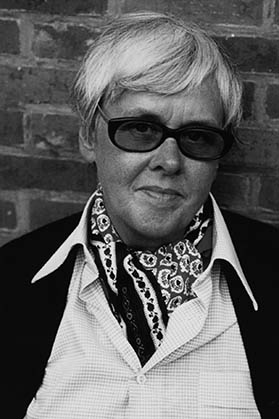