The Magic of the Small Size Figure

On the 11th of November 2017 we will be auctioning 60 pieces of art of his african collection.

Since the middle of the 1990s, Günter Filla was attracted to the art of the 'Black Continent' and began an intense passion for collecting African art. His main focus was on small sculptures, the 'fetish' and the fragment. The elements that move him about African art were the archaic rudimentary forms, surface and expression, as well as their own magic and beauty.

The collection consists of 60 objects. Centre of attention are miniatures from Mali, Burkina Faso, Togo, Benin and the Congo, among them is an only 16 cm tall ‘mvunzi’ figure.

In 1982, Günter Filla began an intensive artistic activity as a sculptor and graphic artist, combined with numerous exhibitions. Since 1979, Günter Filla worked as a medical preparator at the anatomical institute of the Ruhr-University Bochum. From 1986 and until his early death two years ago, he was a teacher at the preparatory school in Bochum. 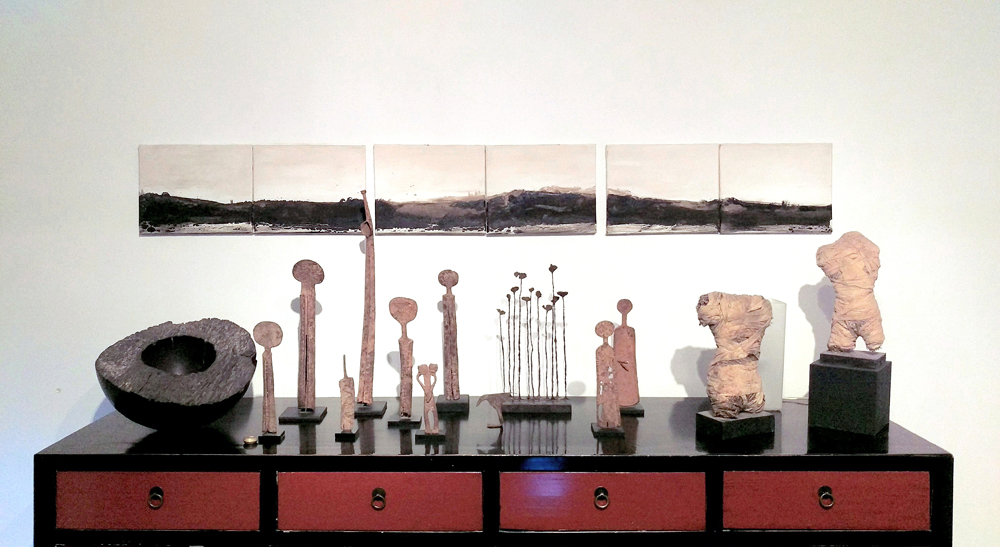 From his african collection combined with works from the artist Günther Filla.