Two types are known of the large Dan ceremonial spoons. One of the handles is carved with a human head, the other is designed in the form of a stylized human figure: the handle consists of a pair of human legs, followed by a slender body and the spoon bowl as the head.

With this rare object, the handle is carved out in the shape of a complete human body, the arms are also formulated and angled upwards next to the body.

A comparable spoon from the collections of the Royal Museum for Central Africa, Tervuren illustrated in Wassing, 1977, p. 90, ill. 56. Two further specimens, but with "hanging" arms published in Dapper, 1991, p. 85 ff.

A mark of the dignity of the "wunkirle" - the most hospitable woman in a village or neighbourhood - the ceremonial "wa ke mia" spoon is a symbol of her generosity and her talents. During the "celebration of merit", the chosen women from each neighbourhood dance and present their spoons filled with rice, competing in their expression of generosity. 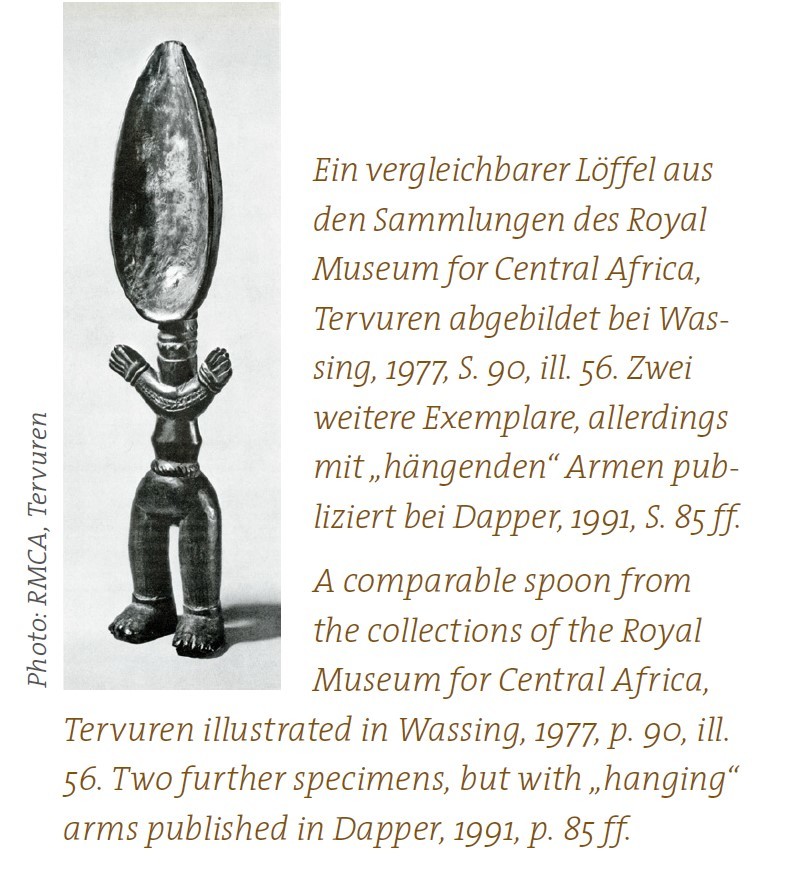